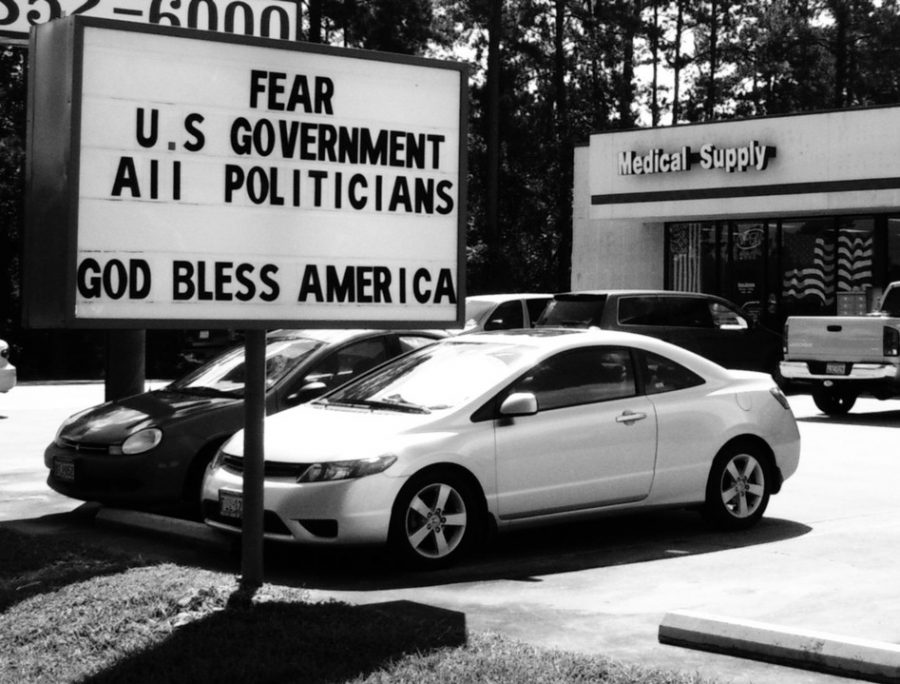 Uncovering A Culture of Fear: Trolls in America, 2017

Over the recent years, the influence of political trolls and bots have become a commonplace phenomenon in social media. Using techniques taken from online marketeers' playbooks, these well-organised groups of online operatives impersonate people they are really not in order to deliver an incendiary message, aimed at causing doubt, disbelief and anger and, eventually, destructive action based on false pretenses. Often, trolls use bots - computer programs that automatically spread the message, and sometimes create both fake users and even the messages themselves. In this way, false messages aimed at causing anger can be amplified very fast, and reach a lot of people.

One of the most famous cases of influencing political discourse was that of the Internet Research Agency based in St Petersburg. In one well documented case, they used twitter to target American audiences with more than 2 million tweets over 2016 and 2017, with the purpose of sowing discord and distrust towards not only the political establishment, but also between individual Americans. The operation, professionally managed and funded, was largely exposed by leaks and investigators. The operation still continues, but the methodology has become more refined, and harder to detect.

Most of these tweets have now been taken off the net, but not before Clemson University’s Social Media Listening Center had managed to archive them in their servers. Using the data, two Clemson professors, Darren Linvill and Patrick Warren, did an overarching large-scale analysis of the tweets in order to find out their internal structure, tactics and intent. Their findings illuminate the ways IRA attempted, and somewhat succeeded, in inciting Americans from both extremes of the political spectrum. The trolls imitated various types of twitter users and, masquerading as American individuals or news stations, sent messages designed to match with peoples’ biases, fears and prejudices, and in the long run, influence their perception of other Americans. The two biggest groups of imitated individuals were the ’right trolls’, who masqueraded as Trump supporters with often anti-immigrant overtones, and ’left trolls’, who mimicked, for instance, Black Lives Matter activists, aiming to divide and disrupt the democratic vote. Twitter itself informed at least 1,4 million users that they had interacted with professional trolls before the election, and countless more had seen the content. Trolling didn’t end at the presidential election of 2016 and the triumph of Donald Trump, however - it continued almost to the end of 2017 and actually increased in volume. Overall, Warren and Linvill had found clear evidence that the trolls engaged in a continued political influencing and intervention.

There is one part of the tweets that remained a mystery, though: the ’news feed’ tweets. As Fivethirtyeight put it:

"They present themselves as local news aggregators, with names such as @OnlineMemphis and @TodayPittsburgh, and the news they link to is typically legitimate...”

The 'news feed' tweets contained little else than a factual news headline and a link to the article itself. However, unlike tweets trying to rile people up in the political right or left, there seemed to be no clear reason for these 'news feed' tweets to be sent. Still, it was obvious that there must have been a reason: almost 600 000 tweets over two years, sent by a professional trolling operation, cannot have happened on a whim. So what was the purpose behind it?

This is where we came in with our culture analytics methodology. We took in the most mysterious part of the operation, the post-election landscape of 2017, and looked into those 160 000 ’News feed’ tweets. Our Wordloom® tool breaks down individual sentences and uses an algorithm to calculate how central various words and/or themes are in large masses of open text and what they link to, helping us understand what the recurring topics are, and how various themes are linked together. The more important individual topics/words come out bigger the picture, and the central concepts themselves are in the center of the network. The two don't always coincide - which makes the results even more interesting.

The results were, to us, quite striking, and illuminated a clear purpose behind the tweets. The content, in words/themes, have been visually laid out in this picture:

The tweets' contents fell into four major categories, and a number of smaller ones.

Finally, a mention on the group of tweets coloured in green and, to a lesser extent, yellow. These were the innocent headlines, which had to do with sports results, various shows and their showing times and various local news. As is shown by their placement in the perimeter of the picture, they were typically the less central pieces - and, supposedly, there because they served both as baits to get people to subscribe to these highly biased news channels, as well as provide a modicum of legitimacy to what they were reporting. In addition, there were other, smaller, groups of tweets. The vast majority falls into one or more of the groups describe above - but for anybody wishing to look deeper, the most significant results are all in the picture.

What was the purpose of the ’news feed’ tweets, then? On one hand, we have news aimed at describing various types of civic unrest and depredation, described and headlined in most touching ways possible, as well as the horrors of the war in Syria. On the other hand, the same source sends news about actions taken buy the current US President - in certain, clear-cut terms that inspire confidence and control. Overall, it looks like psychological manipulation in a massive scale: incite fear and uncertainty with emotional news of misfortune and disaster, and at the same time promote a power that you paint in a sheen of credibility, control and discipline. Further, the methodology of a mass of innocent-looking, impersonal tweets that borrow from the credibility of news stations is especially nefarious, since it has all the elements necessary for influencing people in a subliminal manner. Taken in the context of the rest of the IRA operation, it seems reasonable that this group of tweets was used to create a fertile mental landscape for the right- and left-trolls to work on - a form of brand advertising for fear, if you will.

However, more context is needed in order to judge what these 'news feed' tweets were attempting to achieve. Looking at the rest of the tweets from the analysis of Warren and Linvill, we know that the 'right troll' messages from IRA exploded during July. Perhaps the most intriguing fact is that this increase coincided with the 'Unite the Right' rally in Charlottesville, boosting its visibility. It is impossible to say for certain how much extra leverage they gained from the ongoing incitement of fear from the 'news feed' tweets, and what was the role of the trolling in amplifying the message, but we do know that the radical right became a visible phenomenon afterwards. Mental landscape seems to have been made fertile, one way or the other.

Overall, it is clear as day that online subliminal influencing is here to stay. Technology and methodologies have developed a great deal over the past two years, and there are more and more advanced ways to create believeable content that has an impact, and requires higher and higher levels of media literacy from those who consumer online content. On the other hand, the trolls' actual influence depends very heavily who they reach. In the context of IRA trolling, reaching 1.4 million Twitter users may have been a completely wasted effort if they went completely non-targeted - or, if targeted with lazer-sharp precision, they might have resulted hugely impactful campaign. In the contemporary landscape of online influencing, the question is mostly about whether the identities of the people you want to sway are known, or not.